March the 2th till the 4th we had the big room at Medley Studios to kick off the recording process of Feather Mountains debut album.

I had a silly idea before we startet the sessions, partly to distract the guys who weren’t recording and partly to hopefully spark some creativity. While Christian and I recorded the drums, the others crafted a weird stringed instrument from some scrap parts I had brought. The building and experimentation process took all the free time there was… which wasn’t much since we also made a guitar tracking room for Jens and Oliver to overdub guitar parts. When Christian and I were done with one song we would transfer the files to Jens and Oliver, who would then record their parts on top while Christian and I recorded drums for the next song.

If I remember correctly, we managed to record bass and lead vocals for one song by the end of the first 3 days we had the studio.

Friday in the same week we went back to Medley to record vocals. Lots of vocals.

Mikkel is a fantastic vocalist, so we had the possibility to experiment a bit with his delivery. Most of the time he would sing a couple of takes like he imagined it should be, and then we’d try out new things. For example, I made him eat an apple while recording some of the parts of Guilt of the Absent pt. 1.

Jens is a genius when it comes to harmony. He wrote almost all of the choir and performed a lot of them. Growls were done by Andreas with all the power he contains. Some parts had to be kept for so long and one part in the end of Guilt of the Absent pt. 2 were quite tricky rhythmically.

The last of the guitar and bass recordings were done the following days at Jens’ home studio, as well as the home built noise instrument.

We booked The Village Recording for one day to record the last vocal parts for Balance Act and the Steinway grand piano for the album intro, which we would loop and gradually disintegrate to the point where it was completely gone. Manipulated fragments of the intro piano were then copied into the outro of Balance Act. 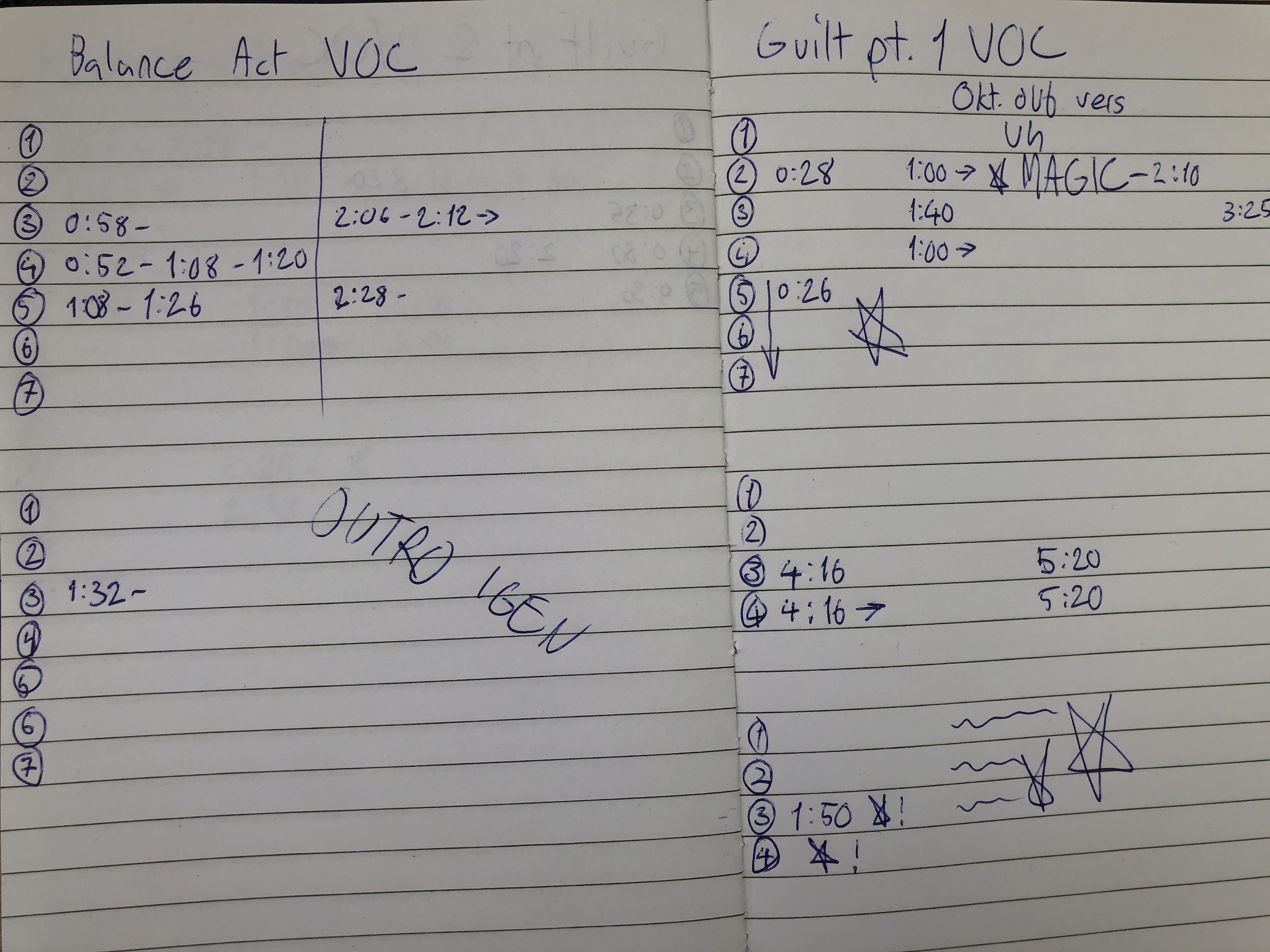 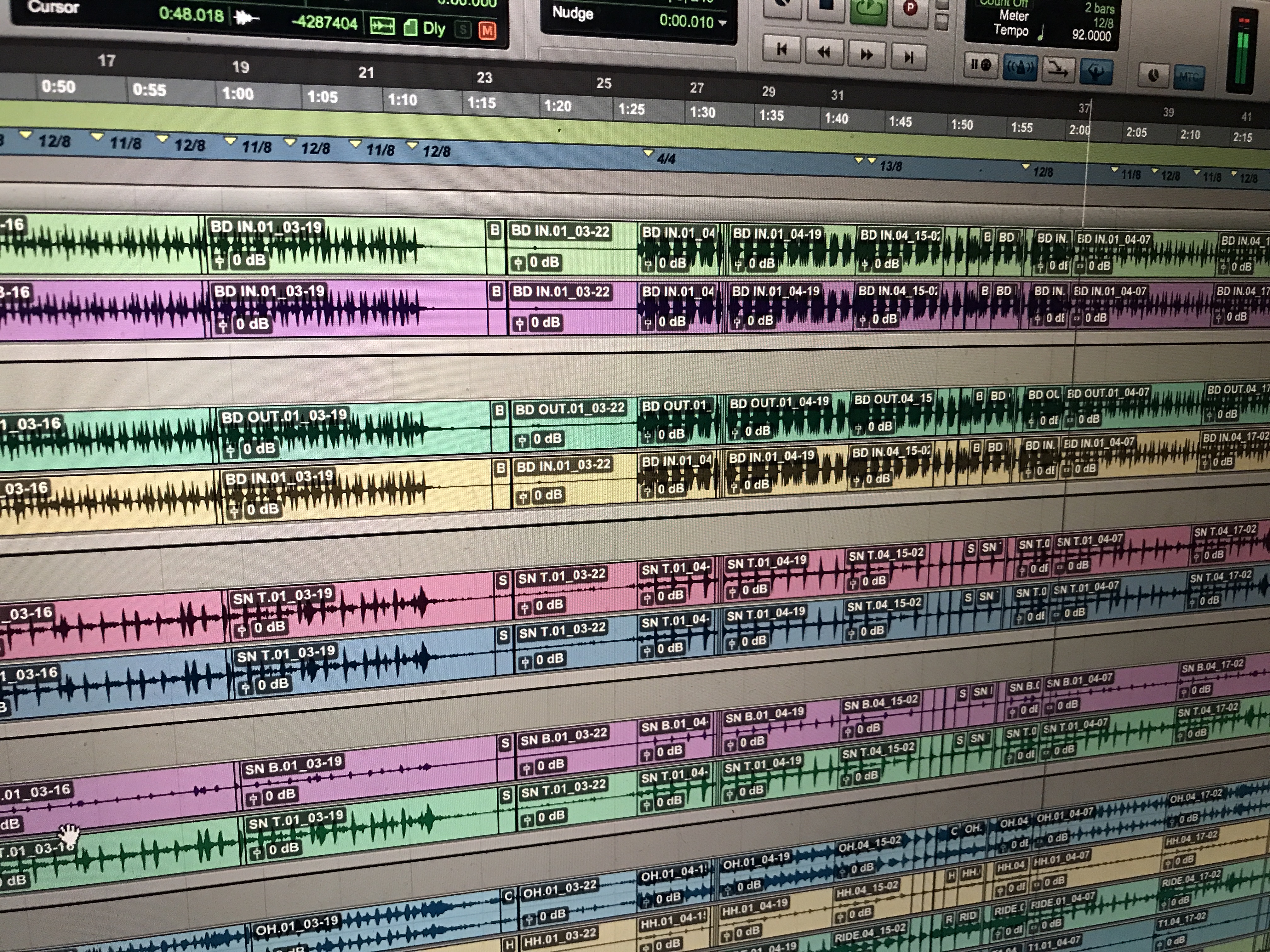 The mix took me about a week, but spread out in the curse of a month or two.

I wanted a bit of a scene change for a lot of the mixing, so I took my portable setup out to mix at cafés and libraries. Thanks a lot to Coffee Collective and Democratic Coffee Bar for the lovely coffees and atmosphere!